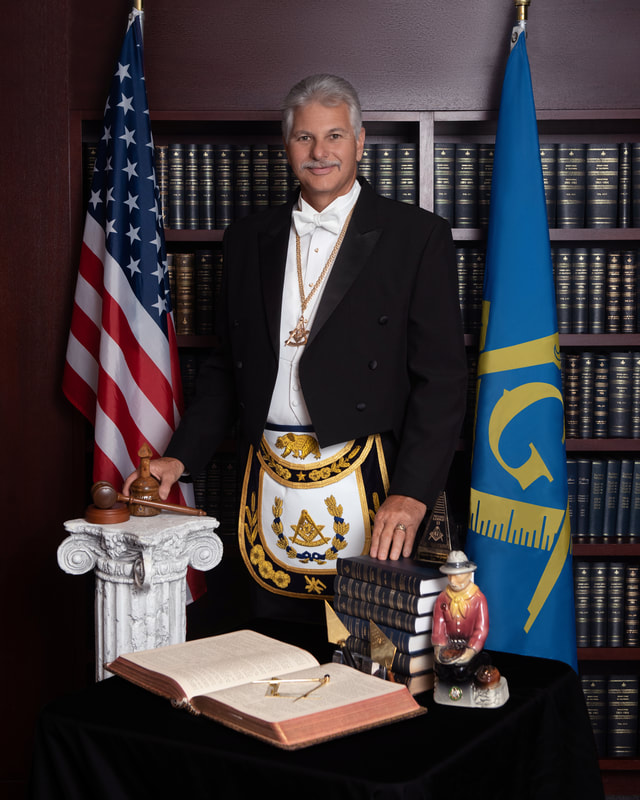 A second generation mason, Worshipful Brother John Edward Trauner was raised a Master Mason in Madison Lodge No. 23 in Grass Valley on March 25, 1997. He served as Master of the lodge in 2001. In 2006, Madison Lodge presented him with the Hiram Award for his continued and distinguished service to the lodge. He is also a member of Nevada Lodge No. 13 in Nevada City.

In addition to this service, Brother Trauner is active in the concordant and appendant bodies, including York Rite and Scottish Rite. He received the 32° "KCCH" (Knight Commander Court of Honor) in the Scottish Rite Valley of Sacramento. John is also a member of the Knights York Cross of Honor, a Past Puissant Sovereign of the Cross and Crown conclave of the Red Cross of Constantine, the York Rite Sovereign College of North America, the Holy Royal Arch Knight Templar Priests, and the Allied Masonic Degrees. He is also a member of the Sacramento chapter of the National Sojourners, and a Chapter Advisor for Northstar chapter of DeMolay

John studied business administration at Sierra College and California State University, Chico, and has a degree in business administration. In 1976, he joined the Nevada County Sheriff’s Department beginning a 31-year career in law enforcement, ending as Undersheriff. John retired from the Sheriff’s Department in 2007.
​
A fifth-generation rancher, John and his wife, Dana, live in Rough and Ready, a small township located near Grass Valley in the heart of the Mother Lode. They have four adult children and six granddaughters.

Brethren, ladies and friends, it is my pleasure to present the Grand Master of California, the MOST WORSHIPFUL JOHN E. Trauner.